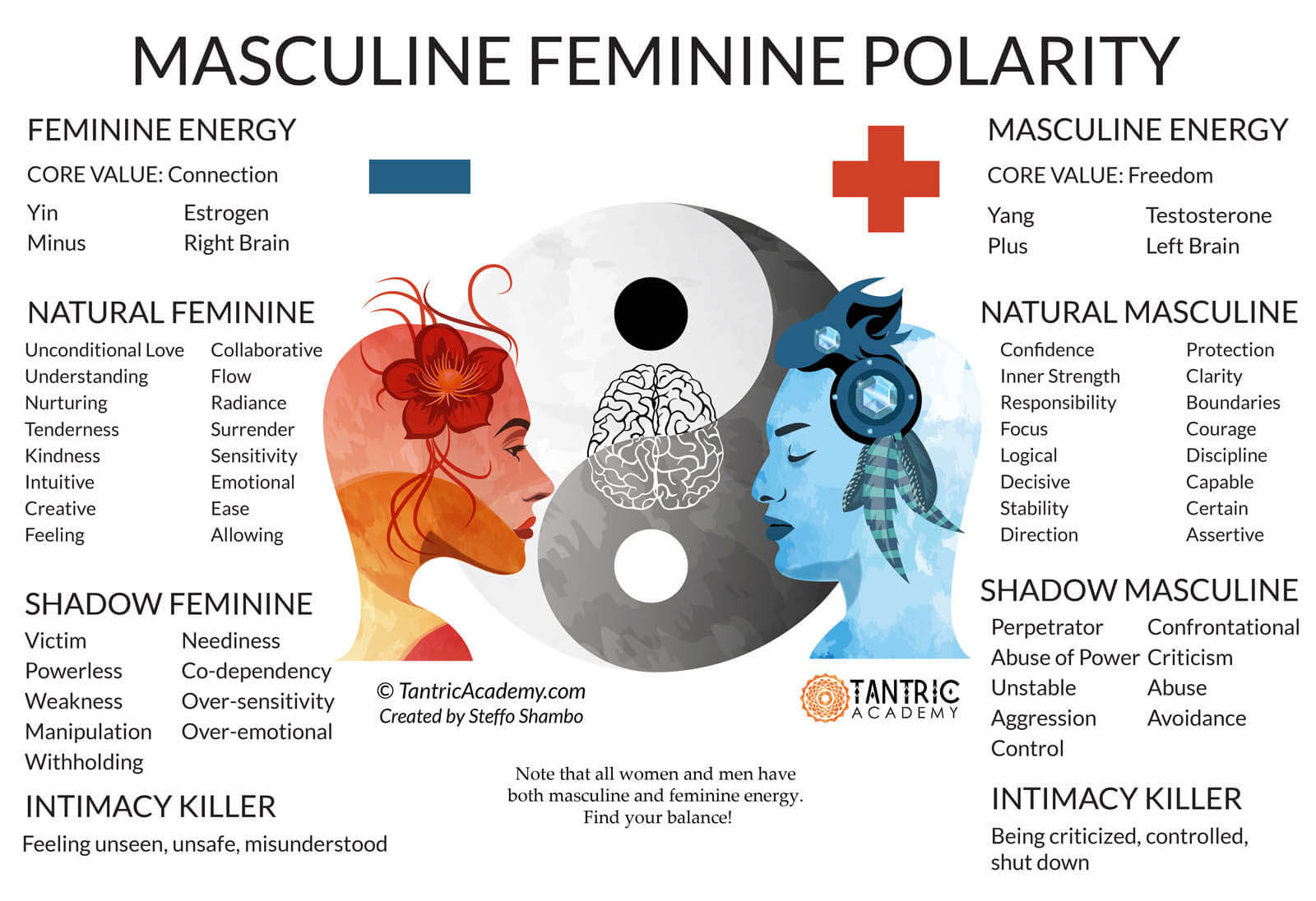 We know that there are problems between men and women. We know that most of the dissatisfaction and the activity about it comes from the female side, for example, the women’s liberation movement, the Me-too movement, Zero tolerance for violence against women, and women occupying higher and higher executive positions. It seems that change is on the way and is bearing fruits already. But most of those changes are done in a masculine way.
But, those apparent changes are on the surface only. For when a specific reality is not actualized for real – it is being hidden in areas where it could not be identified clearly and precisely, for example, in a mixed company of men and women talking – on the surface, everyone has free permission to speak. Indeed, a free conversation is taking place, but nothing is further away from the truth. When a woman expresses an opinion or a view – it will get a much less serious response from the next speaker if he is a man- just because a woman was the one who expressed this view before him. Another example is space: when a man is defining or describing something – he will get much more space for it than if a woman is the one describing the very same things. Usually, in a mixed conversation, women will speak less, and not only that, men will allow themselves to cut a woman in the middle of her sentence, which he will be careful not to do to a man. All this is unnoticed and not being related to.
Women are so used to it that they hardly feel it (and if they do, they try not to admit it).
We are not short of advice, and women are flooded by it. But the war and the humiliation is taking place in the hidden dimensions, where the more it is in the subtext and nonverbal communication – the more effective it is.
The murders, the violence, and the rapes are only the tip of the iceberg. Most damage is done under the iceberg (remember the Titanic?)

If there were one thing men would never give up, it is power and control, and they will always direct their dominance towards creatures they conceive as weaker than them.

So, no change is possible within the existing order between men and women because it is only possible in the tenth above the water, and this is nothing. The challenge is in the nine-tenths below the water.

So what is the way? The suggestion here is quite radical: a revolution in the proportion of power in the relationship; a switching over, a reversal, a complete exchange of the poles of both of the two genders; whatever position of power the men took, it must reverse and rest with women. Now, I am not referring to the revolution of black to white, meaning that men have had 100% of control, and now women have 100 % of control. I am talking about a change of proportions: if from 100% of power, men have two-thirds and women have got left one-third, it should change into two-thirds of power to women and one-third to men. In another world, most of the ills of this world are because dominant-aggressive men are controlling, paternal governing. And our life would be charmed if we switched to maternal governing. Not from total masculine control to complete feminine control, just a one-third shift of power from the male pole to the feminine one. That’s all. (So, two-thirds of power would be with women and one-third with men).

So, neither the improvement of female conditions nor restrictions on aggressive and abusive men will change anything in the humiliated state of women. Only a reversal of polarities between men and women: the positive pole (men) will decrease to one-third of influence and power. The negative pole of women will get increased to two-thirds of influence and power, and only that will make a real difference: an actual pole reversal.

Of course, when and if this shift of one-third of power happens, and women held two-thirds of power, they would use it entirely differently from how men did. Men mostly misused it for having an advantage and a higher status over other human beings. But if women had two-thirds of the power, they would not use it to overcome other human beings. Maternal control is graceful, full of humanity, consideration, and inclusive with those they are in charge of.

A comment: This is in the context of the relations between men and women. The reversal between the masculine and feminine poles should also occur in one’s kingdom as part of inner development.

As a matter of geological record, the Earth’s magnetic field has undergone numerous reversals of polarity. We can see this in the magnetic patterns found in volcanic rocks, especially those recovered from the ocean floors. In the last 10 million years, there have been, on average, 4 or 5 reversals per million years.

Humanity is a sad and vital issue, because it is in a process of disappearance, and life without it is not worth living. Its public-relations is poor & minimal,…
View Post
The ruling language and vocabulary – are very dominant, so much so, that everyone must watch his language as well as the language of others, and if it is not…
View Post
“One should always be drunk. That’s all that matters; that’s our one imperative need. So as not to feel Time’s horrible burden that breaks your shoulders and bows you down,…
View Post

The children of the soul are walking among us, composed from tissues of light and communicating another language.   Their skin is so thin and permeable and vulnerable that almost everything…
View Post
“Great plays are really about the means to reach the hidden narrative in human life, the hidden truth about what is happening. It is a process of approaching the…
View Post