Part a.  The soul
What is written in part 1 is that for the gentle in the mind it is quite easy to collapse in front of the difficulties they meet in their life.
But it should be stressed that on the surface it is being portrayed that our society is protecting the disable, the physically ill, the mentally ill, the elderly and the like. There is an army of social workers, nurses, doctors, psychiatrist, physiotherapists, psychologists are taking care of those who are in need. And what about the highly sensitive? Well they are being taken care by psychotherapists who are trained for that, but what kind of treatment do they give? Is it empathy, support and human warmth? Or they try to bring them back to full function in society, despite their high
And those special individuals carry on in their life, where almost everything, from the facial expression of people in the street, to their effort to find a parking place, and the other people greet them – almost all is injuring the soul of this highly sensitive persons.
One of the parts in them which is highly venerable and is hardly given attention to, is the soul.
What is this soul? Well it is difficult to define it, it could be said that it is the part in the human which is being denied by what is loud, superficial, mediocre in the day today of our life. Almost everything ignores her, not relating to her. What could be said about positively is that most of what she meets is several degrees below her level of refinement.
It is difficult to talk about her for she is not targetable, by analogy – she is like a dew drop, transparent and small, and in meeting the normal reality of life – it is as though the dew drop is being put under a road roller…
And the soul of the gentle and fine is not only finer, she fills the up more, and they are less able to deny her, she populates a larger part of their being.
In the physical technical world – big and wide means: strong and influential, in the world of the soul big and wide means weak and venerable.
Another analogy for the soul is a pea. 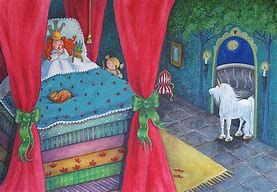 And if the princes in the story: “The princess and the pea” could not sleep when the pea is under hundred mattresses – then the highly sensitive ‘sleep’ on hundreds of ‘peas’, while above it there is but a thin singular mattress…
Almost everything in the life they meet is shaking them, penetrates into them, and puts to imbalance their soul with the reality. And they, which the soul is all of their existence and being – remain with a constricted soul because of the brutality and coarseness of what she meets in reality.
So far about the big soul of the gentle and refined.
To become a warrior
Now many readers would like to know – what could be done? If at all, about them being a highly sensitive person or about their sibling who is like that and therefore is heading towards a difficult course of life.
Well, what H. S.P (highly sensitive person) needs is a savior and a redeemer, and in that they can only lean on themselves, which means that they have no choice but to become a warrior that goes out into the world to defend their soul. To put a barrier between them and the coarseness and the rudeness which are threatening to penetrate inside. But it does not mean that this should come on the account of the loyalty to their fines, but it does mean that they have to live in duality: from one hand to embrace their soul and to draw from it rejuvenation and identity and from the other end to cultivate in them a middle age knight that goes out to defend the captive princess, or to use another analogy – to become a samurai warrior   that is going to defend his shogun.  But how is it possible to live in duality? Well the duality reminds us a roman figure: the double faced Janus
Janus 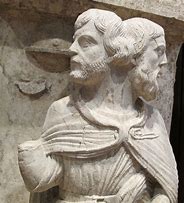 One side is turning inside towards the soul and the other side is turned outside towards society, towards the world. To live in one world inside and act in another world outside. And only if they succeed in doing that they can survive and thus allow their fragile soul an inner space.
And here find a paradox; exactly the gentle and the highly sensitive, those who fall apart with almost every heavy load of coarseness or rudeness is falling on them, those that all of their being shakes with every hostility – are the ones that should become to a race of Nobel warriors, exactly them, especially them!
If they don’t want to become a wreck they must become warriors.
To be warriors who defend the holly of hollies: the sacred soul.
For them the soul is more real then what they perceive on the outside.
But –in order for them to be that warriors they have at first to know who they really are and be at peace with this knowing.

Humanity is a sad and vital issue, because it is in a process of disappearance, and life without it is not worth living. Its public-relations is poor & minimal,…
View Post

The children of the soul are walking among us, composed from tissues of light and communicating another language.   Their skin is so thin and permeable and vulnerable that almost everything…
View Post

We know that there are problems between men and women. We know that most of the dissatisfaction and the activity about it comes from the female side, for example, the…
View Post

Some people are born with an excessive -or extra- soul. This does not allow them to integrate within a system that asks people to repress their soul in order to…
View Post

Phot analysis of analyzing body language in paintings – (In Hebrew).