People could be divided into 3 kinds of creatures; single pulsed, double pulsed and triple pulsed. This division looks graphically like a pyramid; 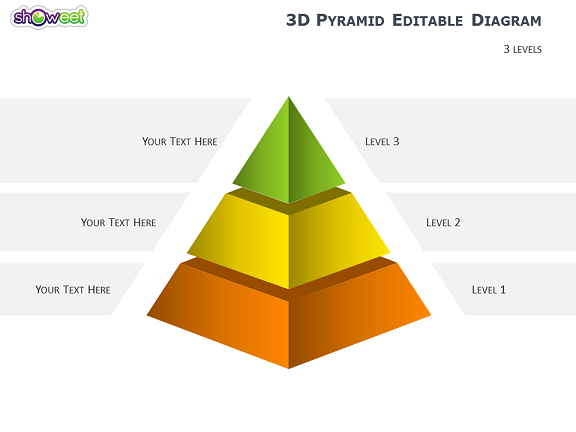 in the lower part are the single pulsed, in the middle, the double pulsed and at the top – the triple pulsed. Actually the three are not so much divisions as they are stages, one stage might lead to the other; the first stage of the pyramid is the stage you are born in, and most of us remain in that stage. The stage in between is the floor of the dual pulsed, this is a floor that is hardly populated comparing to the first one. It is about 35 % of the first one. The upper floor, the triple pulse, the penthouse – is very little populated, and this is about 5 % of the second floor.
They look the same. Normally you won’t be able to distinguish between them. But when you talk with them you might notice that the behavior of no. 2 (and especially no. 3) might be different from no. 1, and when you listen (but really listen) – you might notice that no. 2 (and especially no. 3) have different ideas about people and life. When you try to understand them deeply, you understand that they are sort of alien to the normal way people consider things. And if to use the analogy of food and beverages, then the single pulsed people are like raw material for the next stage and the next stage is raw material for the third stage. For example – grapes; grapes are single pulsed, before they become a juice, the juice is dual pulsed, and then there is the wine, which is the triple pulse stage.
The single pulsed creatures are most common. Their stage (single pulsed) is a pre-evolutionary state or stage, but it is an evolution that doesn’t evolve automatically. (It does not happen just because you are born).
So what is the difference between them? Well, the single pulsed – feels, responds, wants, behaves etc, and what anchors him in the lowest part of the pyramid is his identification, Identification with his emotions, with his thoughts, his responses and his behavior.  (He also identifies with the responses he gets from the surroundings). He mainly identifies with feeling bad about one of the above.
Identifying means that most of the time he is busy calculating profit and loss about feeling good or bad about anything…
In this level the person is busy in himself, (mostly in his happiness or lack of it). Fixating himself in the lowest part of his being. This is a ‘sleep inner position).
Now, what can turn a single pulsed individual into a dual pulsed one? (And a dual into a triple)? Well, the movement from the single pulsed (first stage)  to the dual (second stage), is by getting rid of the extra weight of the identification. When he does, then he will experience indifference towards personal interests. He lets things happen and allows himself to be.
The freedom from the prison of the first stage allows him to let   things happen and allows him to be!
What is interesting here is that freedom from the first stage is the natural state of animals. They are just ‘being’. They are not full of inner chaos that is a result of constant business with their level of happiness. They don’t take their life personally, they are just there, present. This means that the current level of human beings is one level below the level of animals… Meaning: human beings abuse their extra consciousness to regress into personal accountancies instead of promoting it into the dual pulse stage.
To summarize the first part: in order for the person to reach the dual pulse stage, he needs first to allow himself an inner quiet, to let things happen in him and out of him, without any inner interfering, without pushing, without rushing, without wanting to push it in any direction. Only then the second stage is possible, as a possibility…

Now, what does life of the second pulsed creatures are like? Well, Instead of one centre, he has two; one is what is happening in him, to him and from him, (which is now neutral clean, and quiet), and the second new centre is the observing centre.
One centre is about what happens in our emotions, our thoughts and life with others. The other centre is self observing self, uninvolved, just telling himself what is happening inside him. It means that he has now 2 gravity points; one natural and one neutral . The neutral is busily observing the natural one, but in an uninvolved way, as if it happens to someone else, as if he is a scientist.

In the dual pulsed stage, the self is divided into two; the happening self (first pulse) and the observing self (the second pulse).

And it is important to mention that in the second center of gravity is just observing, without taking any stand, without opinion or feeling that  it is ‘good’ or ‘not good’.
The second self is transparent, it lets things happen; it only gives report about what happens.

The third pulsed man is producing knowing; the meanings and insights out of the observing center. The triple pulse state is to take the awareness of what happens and to ‘bake’ it towards a knowing.

The third stage is the stage of knowing.

The experience and the happening is the seed.-

-The awareness is the bush.

The wisdom is the fruit.-

The experience is consumed,-

And the wisdom is collected and accumulated.-

I don’t understand the whole idea of writing and reading fiction. Life is full of amazing, breathtaking stories that we only fly above their flat surface. But instead of diving into…
View Post

Saying- 4 Posted on February 29, 2020 by Gabriel By Gabriel Raam. *To be homeless is a state of mind; to be in exile, in an intermediate state, to be lonely. The longing…
View Post