We should all become detectives. Have the great Sherlock Holmes as a model. We live in a great mystery, meaning that the portion of what we don’t know and are not aware of is much much greater than what we do know and comprehend. And not only that, things begin: to get fertilized, incubated, or become pregnant – all in the great unknown. But we don’t live like that. We ignore the great unknown and relate only to what falls within the boundaries of what we already know. The proportions between the known and the unknown are like the classic example of the iceberg, which caused the Titanic to sink. 9/10 of the iceberg is below the water. 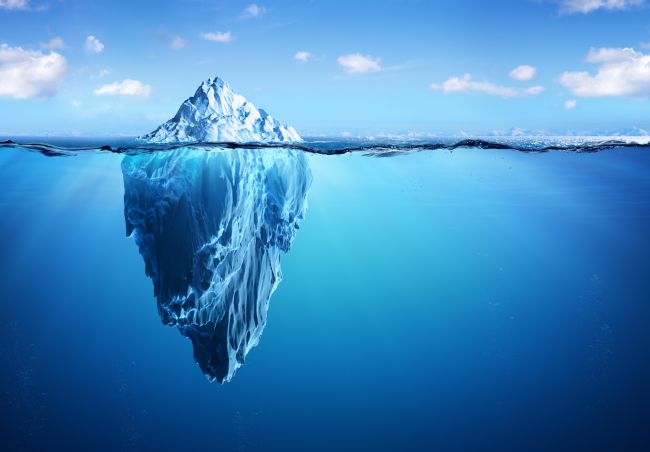 And so we live in a world of symptoms and results, while the world of reason, meaning, and being – remains sealed in the great unknown. So, we must become detectives, although we are standing in the known, our eyes should be searching, watching, and observing, intently, for signs, signals, and traces – that the unknown has left in the known. (Like in nonverbal communication; when a sudden shift of eye contact is a signal about a possible disturbance in a conversation, or a silence when a response is expected, or a phone conversation that was done between friends once a week, and all of a sudden the frequency has dropped to once every three weeks, technical excuses should not be welcomed… only core reasons that mainly have to do with the ‘dark side of the moon‘ of the relationship). One of the disappearing examples of great experts in the field of following trails is Native American trackers who track trails and traces (of an unknown person that walked here), which would lead them to whom they are after.

Detectives are not needed for what is known. We have clerks, administrative, and technical staff for that. Detectives come to the world to find the truth, and in their cases, it is the murderer or the person who committed the crime. Mostly, the truth is hidden in the unknown, and to find it (during the conversation) one must look for signs in the seen. Like: what doesn’t fit, what doesn’t belong, are there any contradictions, oppositions, and above all: paradoxes? Everything could be an entry port, secret passageways, leading corridors – into the dimension of the hidden truth. The conversation is the main arena in which such discoveries could happen and detective tools in this mission of salvaging the truth from the unknown are persistent questions, penetrating dialogues, and the ability to sense what is missing. 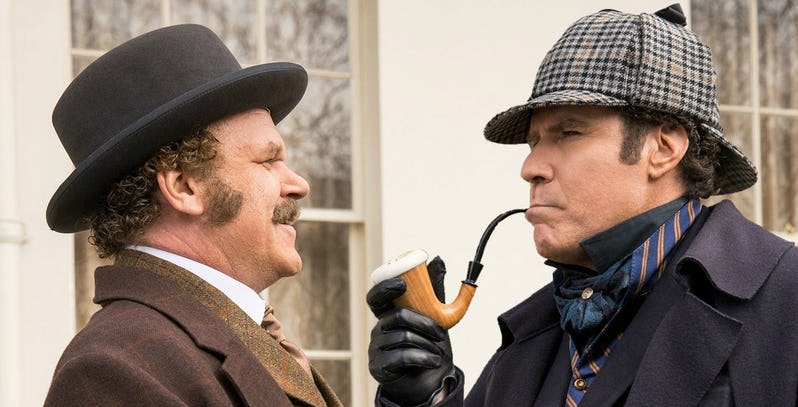 Here are some highly-intelligent observations of Sir Arthur Conan Doyle on being a detective creature in this mysterious world (recommended, not to skip 😋):

It is my belief, Watson, founded upon my experience, that the lowest and vilest alleys in London do not present a more dreadful record of sin than does the smiling and beautiful countryside.- A. C. Doyle: Sherlock Holmes: The Complete Novels and Stories

Life is infinitely stranger than anything which the mind of man could invent. We would not dare to conceive the things which are really mere commonplaces of existence. If we could fly out of that window hand in hand, hover over this great city, gently remove the roofs, and and peep in at the queer things which are going on, the strange coincidences, the planning, the cross-purposes, the wonderful chains of events, working through generations, and leading to the most outré results, it would make all fiction with its conventionalities and foreseen conclusions most stale and unprofitable.― A. C. Doyle: The Complete Adventures of Sherlock Holmes.

It has long been an axiom of mine that the little things are infinitely the most important  ‘To a great mind, nothing is little,’ remarked Holmes, sententiously. ― A. C. Doyle: A Study in Scarlet

Never trust in general impressions, my boy, but concentrate yourself upon details. ― A.  C. Doyle:The Adventures of Sherlock Holmes

You see, but you do not observe.― A. C. Doyle: A Scandal in Bohemia

The world is full of obvious things which nobody by any chance ever observes.― A. C. Doyle: The Hound of the Baskervilles

My name is Sherlock Holmes. It is my business to know what other people do not know.  ― A. C. Doyle: The Adventure of the Blue Carbuncle

“My mind,” he said, “rebels at stagnation. Give me problems, give me work, give me the most abstruse cryptogram or the most intricate analysis, and I am in my own proper atmosphere. I can dispense them with artificial stimulants. But I abhor the dull routine of existence. I crave mental exaltation. That is why I have chosen my own particular profession, or rather created it, for I am the only one in the world.” ― A. C. Doyle: The Sign of Four

The world is full of obvious things which nobody by any chance ever observes. ― A. C. Doyle, The Hound of the Baskervilles

Humanity is a sad and vital issue because it is in the process of disappearance, and life without it is not worth living. Its public relations are poor & minimal,…
View Post

Introduction Some people are born with what I call: excessive soul. Or: free soul, or: extra soul. It could also be called: a spark, in Kabala it is called: Neshama. Every…
View Post
Emile Durkheim was born in France in 1858, and died 15 November 1917 in Paris. Durkheim was a French Sociologist and a German Jew. Today he is studied as one…
View Post

There is a direct connection between the power of taking something in a personal way and the extent of its destruction.  When a person is under its influence – the…
View Post

Protect your spirit from contamination. Limit your time with negative people.   – Thema Davis Part I: Between Me and Others  Whatever is clean is bound to get dirty.Whatever is…
View Post

Nazim Venutti is a psychologist, composer, thinker, writer, and founder…